I Have More Than What I Wanted, But I Wish That I Had Started Long Before I Did

I knew Mr. X a long time before we met. In my heart, I always knew that. It’s a spin on the old cliche, “When you know, you just know.”

When I was five I had my first in a series of celebrity crushes.   I cycled through all the celebrity crushes the other day and tried to determine what it was about them I liked. Then I realized, “Holy shit. All my celebrity crushes remind me of Mr. X in some way.” At least, in terms of personality, he reminds me of them based on a character they played.

You probably know him from BJ and the Bear. He’s BJ. Not the bear. Mr. X does NOT remind me of a monkey. Just need to make that clear for you in the back, okay? 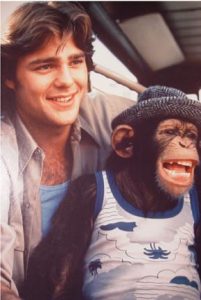 There is a picture of Mr. X when he’s about 27 at his mom’s house. They look incredibly similar. Mr. X won’t see this. He’ll text me in five minutes to tell me he looks nothing like BJ NOR the bear. But I will beg to differ.   Okay, so we established that this is how I like my men to look. Next!

Ohhh the Rockford Files. What a good show. I learned at 7 years old that for a man to be an alpha, he doesn’t have to be a loud, authoritative assmunch who shits on everyone in his sight. He can be that alpha more effectively without all the power bullshit. Because let’s face it, when a man is really truly an alpha, he doesn’t have to go repeating it at every chance he gets.

That’s my man, fo’ sho. Mr. X isn’t aggressive, but he gets shit done. And everyone thinks he’s their god damned best friend which can be mega-annoying because everyone wants to drain his time. Anyway. Pause for hotness. 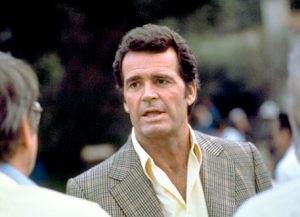 Damn, Mr. X even dresses like this. Blazer/no-tie. Hmm, maybe there are more similarities than I realized. 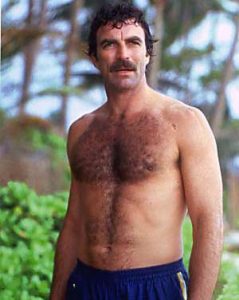 I don’t know what it is about him specifically that makes him the epitome of cool. He was still cool (and smoking hot) when he dated Monica on Friends. Mr. X is so freaking “cool” that his kid’s freaking teachers call him for advice. I swear he gets the weirdest live-and-non-facebook “friend requests.”

Are we sensing the theme by the way? Older men, dark hair, drop dead sexy?

I know. By the mid 90’s I was too old for celebrity crushes. But yet, when I saw The Fugitive, I was hooked. TLJ is the kind of authority figure a woman needs.   The man just has got it going on. He can take control of a situation and command everyone’s attention, loyalty and respect. 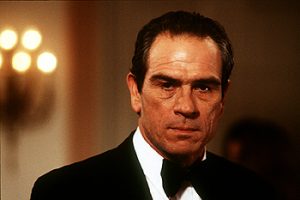 Everyone looked to Mr. X to fix things where we worked a long time ago. The ship was sinking and Celine Dion was singing “Nearrrrr, Farrrrrr, Whereverrrrrr you arrrrre…” but damn if everyone didn’t pile in to Mr. X’s office asking for lifejackets and direction.

Swoon! Move over Brad Pitt, who was that hottttttie in Thelma & Louise?   Michael Madsen, you can fly to my desert location and bring me money anyday you want. This is my Mr. X. Saves the day. Saves the year. He always has a “way out,” he can always “fix it,” whatever “it” might be. I need that in a man. It is probably one of the most important characteristics for me – the guy has to know how to trouble shoot. He cannot get us lost in the ghetto and then freak out and not know how to get out of it.

MM gets two pictures because he’s just so hot. 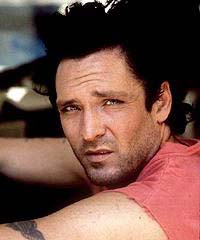 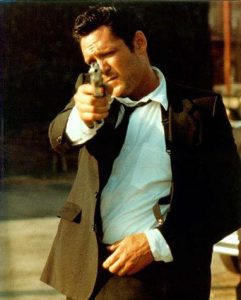 Somewhere wrapped up in all my crushes and the love of my life, Mr. X is the composite man I’ve desired for the better part of 30 years. That’s why I tend to believe that despite what I said about not having a type, I really did have one all along. I’m sorry it took me so long to find him, or for him to find me, but now that I have him, I won’t be letting go.

Because what they say is right, when you know, you just know.