My Head Keeps Spinning, I Go to Sleep and Keep Grinning

We’ve had some serious progress over here in Velvet World the last few days.

Regarding the piece of shit doctor, we filed complaints with the Virginia Medical Board and HHS for HIPAA violations. I cannot wait until he gets those notices.

2:00. W Hotel, Midtown. This happy little coordinator showed us around their conference rooms which were very…”conferency.” He told us we wouldn’t like our next stops on the tour from hell because they were “stuffy” and “basementy” respectively, but the W is sort of an odd hotel too. It seems more suited to business meetings anyway. 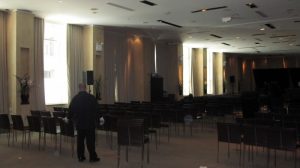 That is NOT X with the white gloves by the way.

3:00. Waldorf-Astoria.   Apparently unless you have throngs of people, they won’t even discuss sharing their precious banquet space with you. You have to rent a suite. I was like, “wha???” But then I saw their suites. Holy crap. They are indeed gorgeous, but for $6000 a night, I would expect them to be gorgeous. 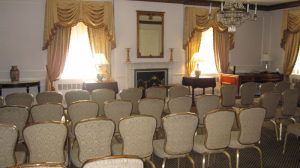 I wouldn’t expect them to also be so, gaudy, but well, whatever. 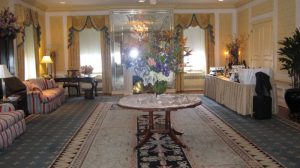 The funny part of that flea market furniture is that if you want it removed, you have to pay them. Please. You people should pay us for removing the ribbon candy couches and injecting a taste level into the place.

The idea of doing a ceremony in one room and eating in the other was pretty nice. It sort of summed up what we were thinking about for the day. Then we got the dogs and hoofed it up to Central Park South for our next appointment.

4:30. Ritz-Carlton. These people were the nicest to deal with pre-visit, and they even had bones for Sammy and Thora when we got there. I thought that was pretty nice. Then Sammy wouldn’t cooperate and he was attacking me for the bone I had in the little Ritz bag. I was trying to say how well behaved my dogs were and then one turns into Jabba the Hut and practically jumped into my arms to get the bone. So, the unfortunate part about the Ritz? Space in the basement. X said, “This doesn’t really do the ‘had my wedding at the Ritz on Central Park’ statement justice because the pictures will look like we were just about anywhere.” No windows, nada. Sad. 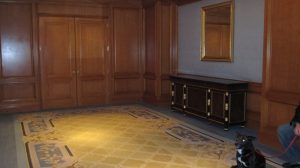 There’s Thora dreaming about her wedding.

6:15. Studio 54. People please. Is this not the bestest idea ever? I’m a disco freak, love all things late 70’s and loved hearing about Studio 54 then, and now. I’ve read the books, seen the movies, I’m officially obsessed. We used this as an excuse to tour the place, but knowing that it’s been converted into a theatre, we sort of knew we wouldn’t be able to make it work. When we found out that the price of renting the cool Studio 54 runs you $10,000 just to get in the door, we were about done. Though, we continued our mission. We saw the infamous mezzanine where the sex occurred, and the scandalous basement where the drug use took place. God I would have been in heaven. No wonder people were dying to get in and never wanted to leave. 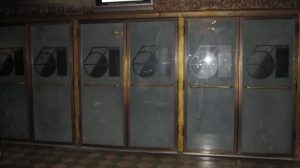 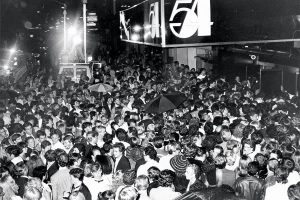 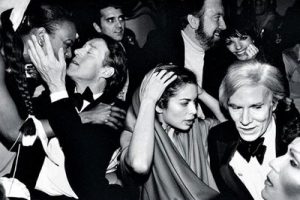 Sniffles. Love Halston. Wondering if I should buy this vintage Halston Wedding Dress I spied online. Bah. Dresses are another post.

After, we went to have dinner with my brother and his ex-girlfriend bff. Then back to the hotel where we all promptly crashed. Some of us crashed faster than others. 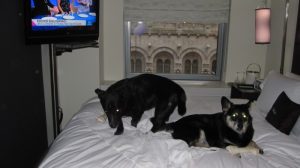 “Yum. These Ritz Carlton Bones are the best.”

In the morning we went up to Connecticut. Yeah yeah, I know. But we had to pin them down once and for all. And we looked at a hotel in my hometown that also does weddings.

Guess what happened when we arrived at my parents house?

a) No one was home.
b) They barely spoke to us.
c) They talked to me but refused to engage with X.
d) They jumped out of the house and started talking to X and I like they hadn’t ignored emails or dodged phone calls and showed an interest in our wedding.

If you picked a, b, or c, you’re wrong. Can you believe it? Neither can I.

V and X: The Wedding, Velvet in Dupont, X: The Love of My Life