X and I are running through the last weekends of our summer by going to the beach as much as possible. I do love that newspaper so much. When I wake up around 9:30, and X is returning home with bagels and the Cape Gazette, I’m giddy with excitement. Because I know, inside that cover, there will be many many things to laugh about.

There’s a new publishing firm out at the beach! Maybe I can get my life saga published by them. There are no words for this one… 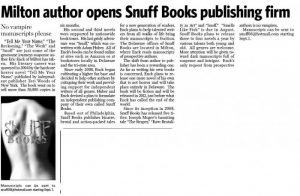 There was also a sandcastle contest. Um…hopefully this isn’t your mom or your girlfriend. 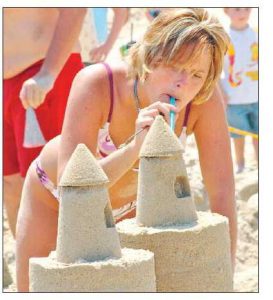 And finally, a recipe for you to enjoy. Pay attention. I’d hate for you to pick up one fruit thinking it was another. 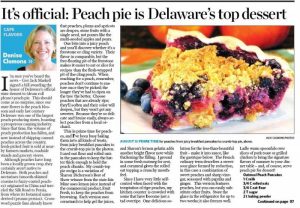 It’s your favorite! Time to rip apart the local yocal beach paper from Delaware. It was a little harder this time to get the images off their website. X is convinced they are on to me. But I prevailed! I used a scanner! In some pictures I even underlined the parts of the items in question that I find so comical. X couldn’t understand why a dead baby made me cackle for 10 minutes. It’s not the dead baby, it’s the fact that she couldn’t find the baby when she woke up! Or what about that she slept in bed with the baby to begin with. X, if we have babies, we will not hire a nanny from Delaware!!!

The police and fire wrap up includes the following two articles, side by side. 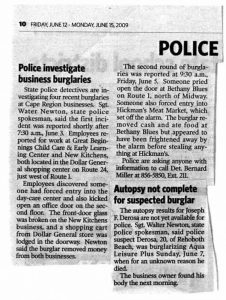 The burglar broke in to eat some Barbeque? That takes balls! And did it ever occur to them that the dead guy breaking into business might be the same one doing all the other burglarizing? And just a happy little picture from some festival.  Am I the only one who think the mom and bear look…related? 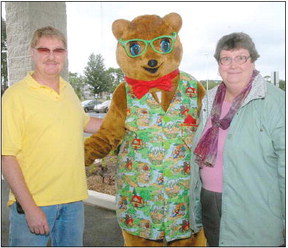 Let’s stop in with Miss Manners and see what she’s up to. The second question is better than the first, which was inadvertently cut off slightly. 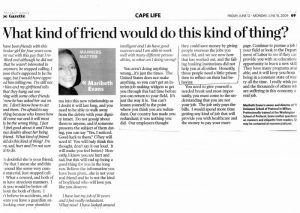 Where do you put your butt? Mine goes on the toilet. Sometimes it goes in X’s face, butt that’s for another time. Get it? Butt? Ha.

Last one. My favorite this week. Read the entire article. It’s just great. 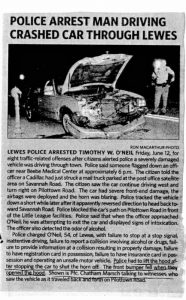 The front bumper sentence made me cry I was laughing so hard. And that picture doesn’t show any jabbering with witnesses. It just shows him playing pocket pool.

Sigh. This is what X and I are surrounded with when we head to the beach. There’s another newspaper out there but I can’t find it online and it’s too painful to scan this particular article I wanted to share. It would seem that someone in our subdivision (how dare they turn on me!) got themselves the lucky break to be writing a column for the locals!   I read it to X over the phone and he had to put me on hold to stab out his eyeballs. 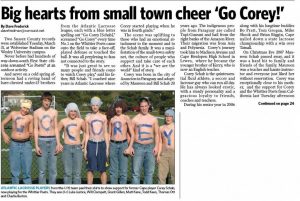 I’m not sure whose stupid idea it was to not get cable (mine) but the beach house of one Velvet and Mr. X hurts for some quality entertainment. Wait. That implies there’s no sex. That’s not true. We don’t hurt for x-rated entertainment of the self-made variety. But once that’s done, we’re relegated to our Amish exile. Since the neighbors are crazy…yeah. Anyway.

You can only watch your man paint the kitchen Caribbean Yellow with one opposing wall in East India Spice while you do crossword puzzles and stay warm by farting under the blankie because the effing heat is broken in your brand new house and no one knows why for so long before you get positively bored. With a half dozen crabs swimming in several bottles of beer in our stomachs, we sloshed out of the Claws Crab House in Rehoboth and on to the sidewalk. Both of us saw it out of the corner of our eyes. Simultaneously reaching into our pockets for change we ran toward that beacon of hope sitting on the street corner, fighting to get there first.

The newspaper machine! It had been at least three hours without contact from the outside world, and almost four hours without television. Unless you count that singing waitress at Claws, Holly what’s-her-name in the Milton Theatre production, we had spoken to exactly no one but each other. We were desperate to know what we missed.   Or at least to know what was going on in the Cape May/Lewes/Rehoboth Corridor.

Thank GOD we picked up that paper! You know what they say. One city’s news is another city’s hamster cage bedding. Well, maybe they don’t say that. But at fifty cents, this was wayyyyy cheaper than cable. And much   much funnier. Trannie Matchmaker has nothing on this shit!

Mr. X: Did you see this?
Velvet: Who the fuck is Corey?

I read the article. I still don’t know.

Okay. Fuck you. I read it twice. I still don’t get it. Thanks for calling me out. 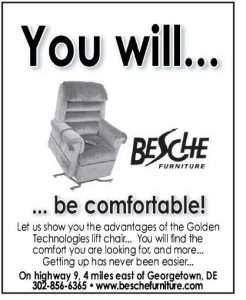 Velvet: My mom’s Lazy Boy in Connecticut looks like this.
Mr. X: How does she sit in it?
Velvet: It’s not pretty. She flipped it over and tried to fix it and something snapped and went through her hand. She ended up in the E.R.
Mr. X: Are you kidding?
Velvet: Sadly no.

Velvet: No! Stop getting up to show me shit in the paper!
Mr. X: But I just want you to see her profile picture! Look at her black tooth!
Velvet: And that’s probably her good side. 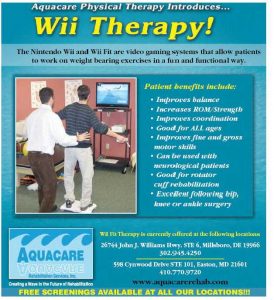 Mr. X: This is someone’s job? To be a Wii Therapist? 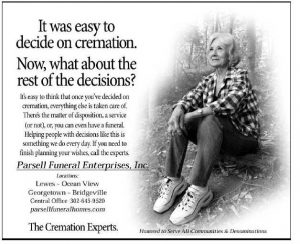 Is it me or does she look happy? And what does “the matter of the disposition (or not)” mean? Do some people leave the body behind? And their tagline is “Honored to Serve All Communities & Denominations.” Really? Even the Jews. Because excuse me, but I think offering a Jew anything resembling a cremation might be a tad insensitive. 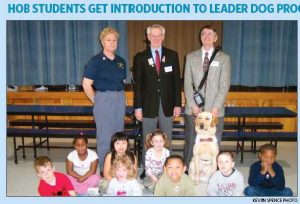 Two pedophiles, one butch Mommy Dearest teacher, a kid front and center with a look on his face like he was the last victim of the dork in the tweed blazer, a white kid on the left whose ass still hurts from his turn as the hole, a kid on the right practicing the harmonica for his role in the school production of Deliverance, and a dog. Best Kindergarten class picture ever.